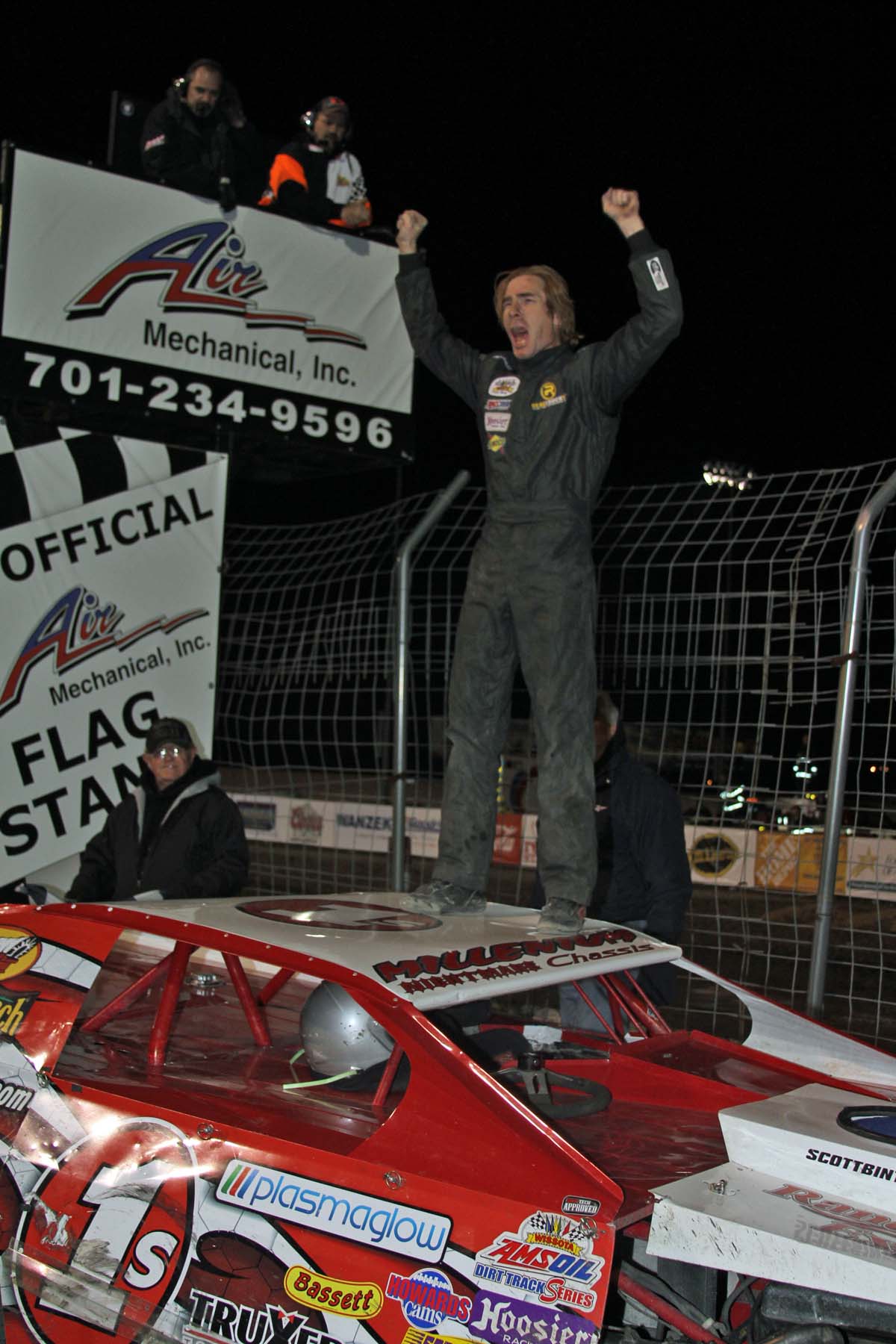 After last weeks breakdown while leading the feature with 4 to go, the Scott Bintz Racing team was hoping for some extra luck at the RRVS Red River Valley Speedway in Fargo, ND on 5-25-11

The down and dirty: Won the heat and won the feature!!!  2 in a row… Holla

The long version: Chase, the head tire grinder and pitman, once again drew well for the team putting Scott in the second heat of 3 heats in outside pole.  On the start, Scotty got the earlier lead and pulled away from the pack.  There was a caution with 4 to go.  Again, the 1s machine took the lead and kept it picking up our 5th heat win of the season.  The heat win and points system put us starting 3rd in the feature.  The track was starting to dry with some tack around the bottom.  It was a little bumpy but very racy.  Scott grabbed the earlier lead working the low groove.  There were several cautions, but we were able to keep the lead.  On the white checker lap #21x Travis Saurer, coming from 9th showed Scotty a fender going into corner one.  However, coming out of corner 2, the lead was again secured and team SBR picked up our 2nd feature win of the season, followed by #21x Saurer and #44 Greg Larson.

Special props to all our sponsors, including Dakota Engine Builders for making great engines.