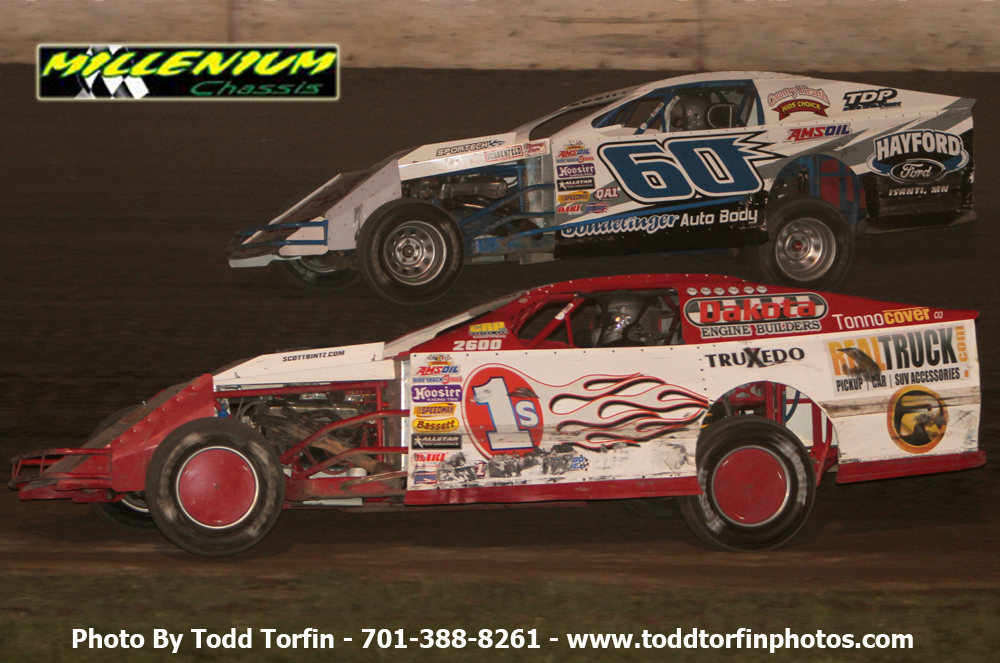 The Scott Bintz Racing team is gearing up for the 2011 wissota dirt track racing season.  The 2010 season was a team best for SBR, finishing 12th in national points out of almost 800 drivers.

The Plan: Chasing a top 5 national points finish in the midwest modified division.  Scott will be charging hard throughout the Wissota racing area, during the upcoming 2011 season.

SBR will once again be using a Millenium Nightmare chassis powered by Dakota Engine Builders.  The RealTruck.com sponsored Chevy powered race car will feature an updated suspension package, customized for Scott’s driving style, by Strand Racing.  The team hopes to be on the dirt in the middle of April.   The racing schedule will be posted in March.

SBR wishes to thank our sponsors and fans.

Learn more about Scott or view our marketing partner program to learn about becoming a sponsor.